...Why can't a picture with a female lead or aimed towards women can also attact a male audience? I think about "women" films of the past like Mildred Pierce, Gone with the Wind, Love is a Many Splendored Thing or you could even say a film like Whatever Happened to Baby Jane? I've never heard guys dismiss those films and others like them as "chick flicks" and refuse to see them, though they were considered that in their day.
Now we've got 27 Dresses, Sex and the City and now Mama Mia? Films that no (straight) guy would be caught dead at. And don't tell me because it's about empowerment or friendship between women. I think the problem is that nowadays films geared towards women mainly tend to be shallow and superficial films about shallow and superifical women usually all centered around the main character getting married to some bland, charisma-challenged hunk as if it's the ONLY important thing in her life. Really, in this day and age? What guy would want to spend two (or in the case of Sex/City two and half) hours of his life watching a film about someone like that?...
Yo sólo agregaría: Amen.
Enviar la entrada por correo electrónico
Etiquetas: Chick-flicks 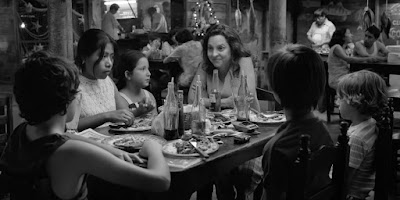